For those of you with children under 12, Disney’s Monkey Kingdom is a great family movie. I think I’ve taken my kids to see the last 3-4 of these animal themed movies and they never disappoint.

We’ve listed a brief description below and a video of the trailer. You’ll get some great laughs out of this film (especially with grandpa) and like all of these Disney movies they’ll be some real life lessons that you can talk about later with your kids. Make sure you stick around for the credits as they show you some great behind the scenes footage of them actually filming the movie. Let us know if you saw it and your thoughts below in the comments section. Keep livin’ the #DadLife! 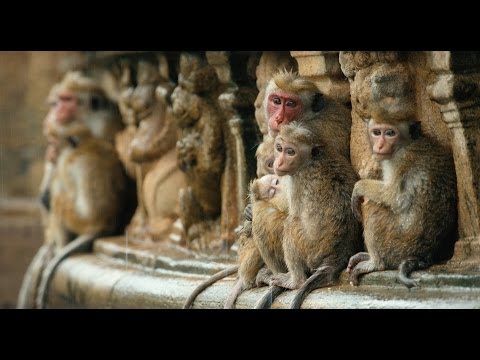 Monkey Kingdom Life is an adventure for Maya, the clever and resourceful blonde-bobbed monkey set among ancient ruins in the storied jungles of South Asia. Maya’s world is forever changed when she welcomes her son, Kip, into her complicated extended family. Like all families, Maya’s has more than its share of colorful personalities—and she’s determined to give her son a leg up in the world. When their longtime home at Castle Rock is taken over by powerful neighboring monkeys, Maya’s whole family retreats, and she uses her street smarts and ingenuity to uncover untapped resources amidst strange new creatures and unsettling surroundings.

Ultimately, they will all have to work together to reclaim Castle Rock, where Maya can hopefully realize her dreams for her son’s future. Featuring a rich variety of characters, including a mischievous mongoose, simple-minded langur monkeys, predatory leopards and monitor lizards, “Monkey Kingdom” is narrated by Tina Fey.

Marc “I’m Not Monkeying Around” Jeffrey